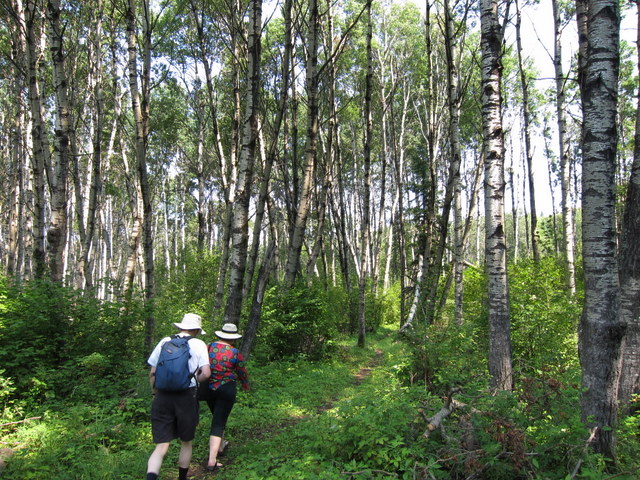 I present this research half in jest, and half seriously. There have been a bunch of studies lately purporting to show the magical benefits of spending time with nature, most of which qualify as pretty soft science. Still, even if the studies are full of uncontrolled variables and confounding factors, I like to think there’s a kernel of truth in the basic premise. So here are the details of this latest one, published in the European Journal of Applied Physiology by researchers at the Nippon Medical School in Tokyo.

They took 16 volunteers, and took them on two day trips a week apart. In one, they walked for two hours in a forest; in the other, they walked for two hours in “an urban area of Tokyo.” At 8 a.m., 1 p.m. and 4 p.m. on each of the days, the researchers took a boatload of measurements, including blood and urine samples. The simplest and clearest result was in blood pressure, shown here:

We speculated that phytoncides (wood essential oils) from trees may have beneficial effects on blood pressure. Dayawansa et al. (2003) reported that cedrol (cedar wood oil) inhalation induced significant reductions in systolic and diastolic blood pressure compared to blank air together with an increase in parasympathetic activity and a reduction in sympathetic activity in humans.

Well… I suppose that could be the mechanism. But on the other hand, a far simpler possibility is that walking in a quiet, peaceful forest is more relaxing than battling the cars and pedestrian mobs of downtown Tokyo. It seems to me that the first order of business for this apparently burgeoning field of study is to look into some of these more obvious variables: noise levels, crowds, the chance of being flattened by a wayward bus. Until it’s clear that there’s some phenomenon that can’t be explained by these obvious factors, I don’t think we need to spend too much time pursuing magic tree oils.

(I suppose this is where I point out that the study was funded, with no apparent irony, by Japan’s Forestry and Forest Products Research Institute.)

5 Replies to “Walking in a forest reduces blood pressure”